Columns • During the past decade, much has happened in the food industry, and at least as much will happen in the decade that we are now entering. Perhaps some of the things we will hanker for during 2020 will be a natural part of the industry in a few years? That is at least what our columnist, Frida Westergård, is hoping to happen with plant-based sweeteners such as mogroside from monk fruits. Read her New Year’s chronicle.

The busi­ness news­pa­per Forbes pub­lish­es every year a list of next year’s trends in the food indus­try. It’s inter­est­ing to com­pare what they saw in the crys­tal ball with what real­ly happened.

Some of the 2019 pre­dic­tions look like flops in the rearview mirror.

One of the pre­dic­tions was that CBD-oil would be com­mon in food and drinks. CBD stands for cannabid­i­ol, which is one of sev­er­al active sub­stances in cannabis.

CBD is not hal­lu­cino­genic and is there­fore not banned from the EU. But in January 2019, the EU decid­ed that CBD should be con­sid­ered as Novel Food, which means that it must not be used with­out autho­riza­tion after exten­sive testing.

Another pre­dict­ed trend that we have not seen much of in Europe is the seeds of the prick­ly waterlily (Euryale fer­ox). The waterlily is cul­ti­vat­ed in India, Korea and Japan for its starchy seeds that are called fox nuts, gor­gon nuts, lotus seeds, makhanas and phool makhana. They are eat­en raw or used in cooking.

In parts of India, they are roast­ed or fried, which makes them pop like pop­corn, and is then eat­en as a snack with oil and sea­son­ings. And it is like a snack they were expect­ed to pop up in the west­ern world. But so far, fox nuts have not tak­en up the fight with crisps, pop­corn and oth­er snacks on the shelf space in European stores.

Oat milk is one of the flips. This is obvi­ous to any­one in Sweden, where the world’s first pro­duc­er of oat milk is locat­ed – Oatley. For most of the company’s near­ly twen­ty-five-year his­to­ry, it has been entire­ly unknown to the com­mon man. But in recent years, their oat milk has gained pop­u­lar­i­ty in a large stra­tum of the pop­u­la­tion. It has spread to more than twen­ty coun­tries in Europe and around the world.

The fact that Arla Foods, Scandinavia’s largest dairy pro­duc­er, felt it nec­es­sary to go to the counter-offen­sive on Oatly’s adver­tis­ing is a clear sign of the oat milk’s success.

The 2019 list also men­tioned the Chinese fruit luo han guo – monk fruit – whose pulp con­tains the extreme­ly sweet sub­stance mogro­side. It has gained con­sid­er­able inter­est as a plant-based sweet­en­er. It has already been approved for use in foods in Asia, the United States and some Latin American coun­tries. It has not yet been approved in the EU, but a review process is ongo­ing, and it is expect­ed to be approved by the end of 2020 or ear­ly 2021.

One of the pre­dic­tions is that sug­ar, or rather ‘not-so-sim­ple sug­ars’, will be hot in 2020. It is pre­dict­ed that syrup from monk fruit, pome­gran­ate, coconut, sweet pota­to, sorghum, and dates will emerge as a way to give a touch of sweet­ness in mari­nades, bar­be­cue glaze and desserts.

My hope for the new decade

It is dif­fi­cult to say what will flip and flop in Europe in 2020. But I hope we will have a deep­ened inter­est in new and sus­tain­able sweet­en­ing alter­na­tives of nat­ur­al ori­gin. And I hope that it stays and strength­ens through­out the decade that now begins so that 2030 is the year when it is seen as the nat­ur­al and nat­ur­al choice.

Right now we have no more articles on the subject. 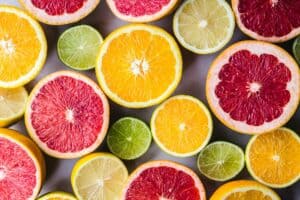 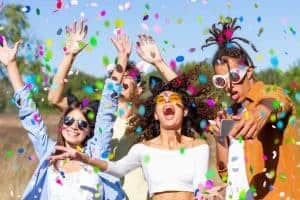 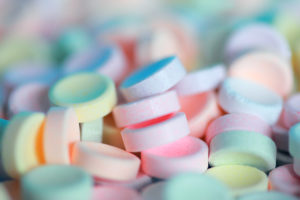